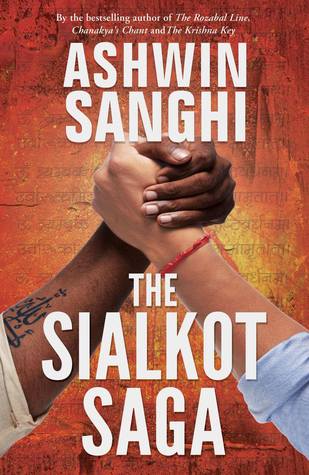 This book caught my attention on the railway station book stall as I almost boarded my train. That particular shade of red always draws my eye, as it had previously with Bhim. Particularly lucrative was the thickness of the book which promised to fill the dull hours of the train journey with more interesting scenery.

The work itself was an easy read, the language simple and natural although sometimes I wondered if the characters in the books would actually speak in those terms. Indians have their own set of slangs which could have been more faithfully rendered.

The story itself is engrossing, as all stories filled with crime are. Being illiterate in the current affairs of our country I struggled to put together some of the references of the crimes. Some were fresh in my memory and needed no dab of paint to spring forth, new again from the folds of my memory.

The book felt all too familiar to my world. I could have written it. I would have written it in the exact same way too, since I knew nothing of the streets of Mumbai or Calcutta for that matter. All I've known is what I've read and most of my reading has been in English and by foreign authors.

Towards the end the book took on a fantastic spin of science fiction and hand waved away a lot of the things as being 'quantum' in nature. I must say that good science fiction resides in pockets where science does not know the answer yet. If instead a book tries to claim fiction in a field science does know, it is merely fiction. No grudges held however, seeing as how the book was indeed called fiction.

Reading this book sparked off a strange thought. Books which reinterpret Indian mythology / history and leverage the idea of 'lost science' have become all too common since Amish wrote his Meluha. There's been a spate of these books, all reinterpreting classics with more 'lost knowledge' and better explanations. It reminds me of Hussain Haidry's poem this independence day. The authors too have picked up the saffron fever.