The other face of flipkart

When one thinks of Flipkart one imagines a sales company. Nothing could be farther from the essence of the company. A search on github reveals that flipkart has had several accounts over time. From incubation to production accounts.

The one I believe to be the official channel has several repos of interest. A linux fork used by flipkart. Several database adapters and parsers. APIs in multiple languages.

They have stuck to the heavyweights like C,C++ and Java. Some occasional repositories do have scala,pascal and python too. This surprised me. I had assumed flipkart to be a completely e-commerce website and this was not foreseen by me. The handle has 21 people as of writing this article. However I could not find the Bansals within them. They might have a username different from their actual name. This discovery got me digging.

The repositories are not starred a lot but are from repositories which are forked plenty. The code I went through was well written with the future in mind. What I can conclude is that there are a lot of programmers in flipkart who are better than me. Some of the algorithm implementations amaze me with their cleanliness and efficiency.

Surprisingly a lot of the code is open source. This is a company which has harnessed the power of open source. with a thousand developers they can be sure that their code will be robust.

With the mindset that flipkart is a tech based company, I began digging aroud in the flipkart.com homepage source code. The javascript console offered something interesting. 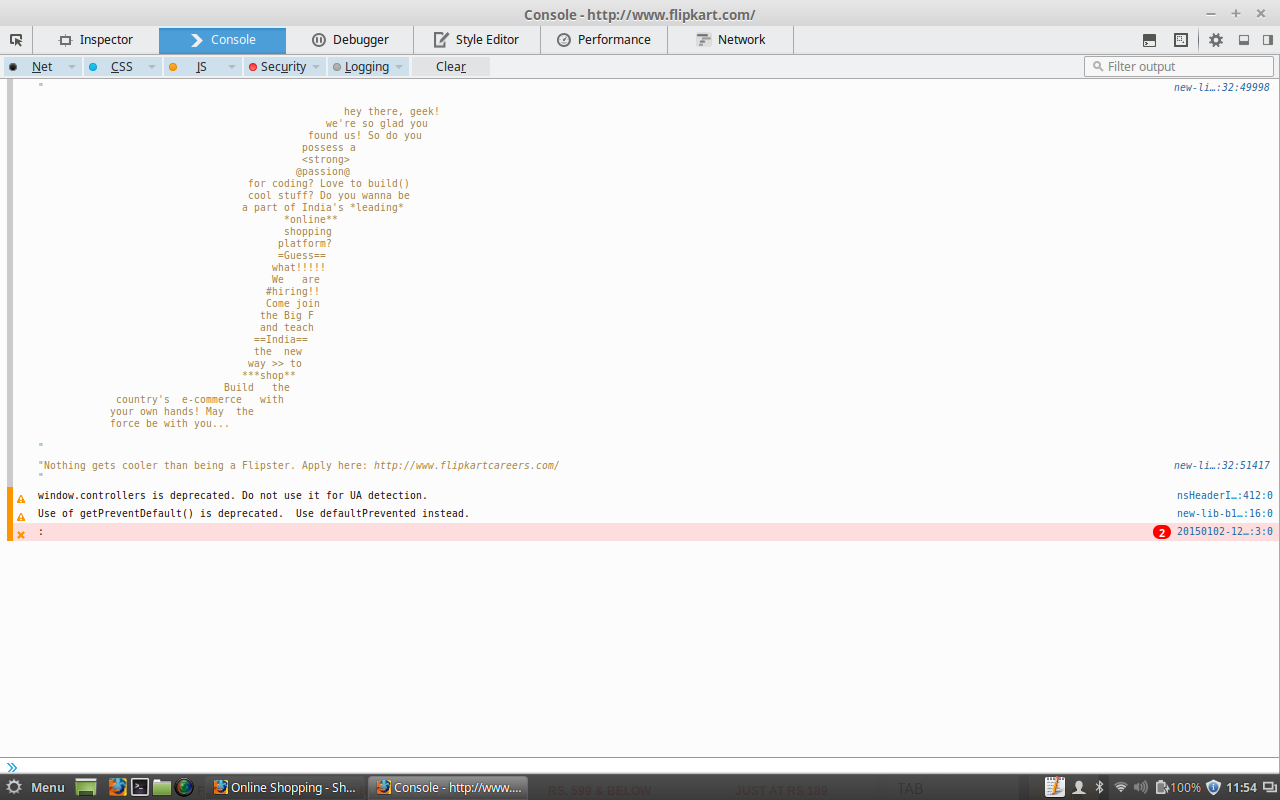 It was a recruitment advertisement. Knowing that the Bansals worked at amazon before flipkart, i went ahead and looked into amazon's source code. Nothing there. Then the flipkart recruitment is an original thing.

This puts me back to the million sale. From a tech background the sale was a nightmare. With everyone in India clambering to buy stuff, keeping proper stock accounts and proper chronological records of transactions must have been a horrible thing.

With the discovery of flipkart as a tech company, I finally have hope. If I can be a good enough programmer, I might end up with an empire as big as flipkart.